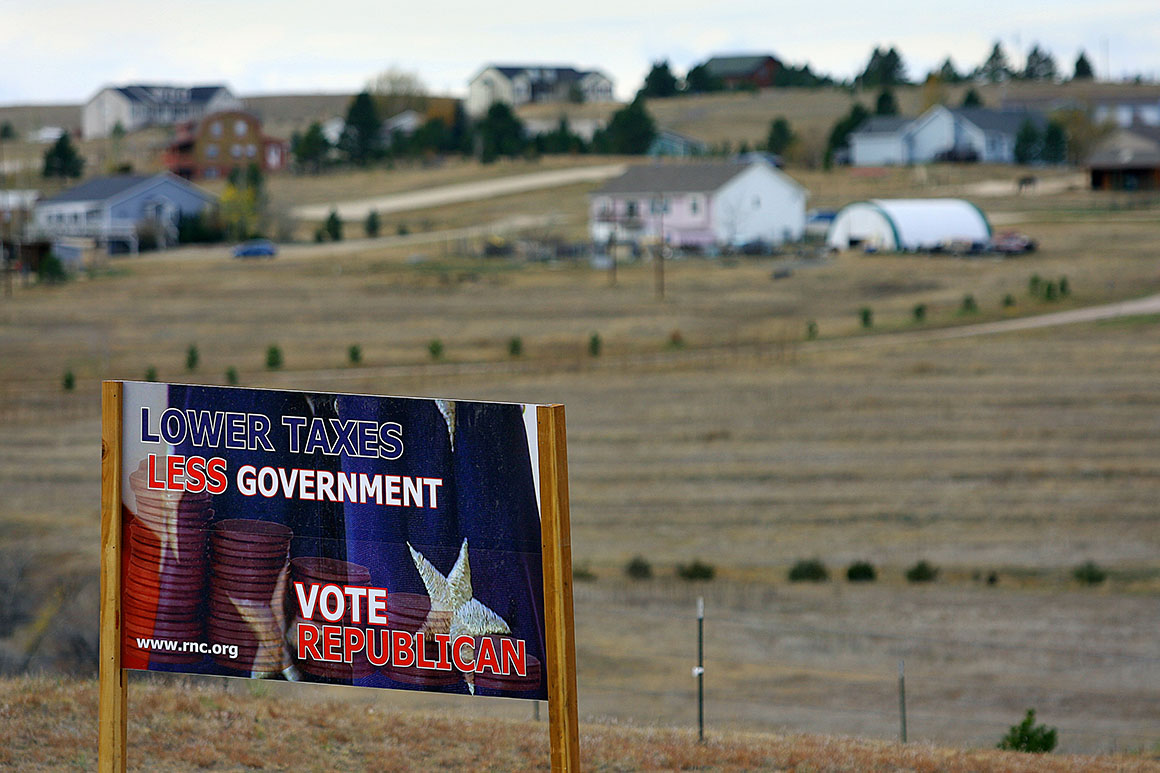 “What happened in Virginia and New Jersey is a warning sign for what will happen in every statewide election, either U.S. Senate or any statewide office, because the only way you win statewide in a red or purple state is by getting at least 30 to 40 percent of the rural vote. And we used to be able to get that,” said Jane Kleeb, Nebraska Democratic Party chair. “Why don’t we anymore? We’ve completely lost touch with them.”

It’s an especially serious, long-term problem for the party right now because it will be difficult, if not impossible, to hold on to majorities in the Senate, which is dominated by rural states, and many state legislatures without at least some rural support. “Until we find a way to stem the bleeding [with rural voters], we will continue to be in trouble,” said Ian Russell, a Democratic consultant who works with several rural House Democrats. “The dreams of reorienting to a suburban, white-collar party — [Virginia] is a reminder that it ain’t happening, or at least it’s not happening yet.”

Rural Democrats say the party’s problems on their turf are twofold: The party infrastructure is largely not investing money in those regions, and the party is not committed to any sort of organizing outside the confines of a brief window during campaigns.

Republicans, meanwhile, have wiped out Democratic officeholders in rural communities, leaving their party with fewer ambassadors to reach out to rural voters — or to advocate on their behalf within the Democratic Party.

And so far, there’s little evidence that any major party group plans to spend significant resources on engaging these voters through long-term outreach ahead of the 2022 midterms.

“Most donors — big and small — are not enamored with or interested in rural voters,” McCrary continued. “They’re easy to demonize and write off.”

There is evidence from 2020, though, that Democrats are not simply doomed to slide with rural voters in every election. American Bridge, a major Democratic outside group, spent $62 million on persuading and mobilizing predominantly rural voters in Michigan, Wisconsin and Pennsylvania, where Biden squeaked out a victory, in part, by improving his margins with rural voters.

In a presentation shared with POLITICO, American Bridge found in a post-election analysis that Biden received 750,000 more votes in rural areas in those states than Hillary Clinton did in 2016. The group targeted these voters for months, through TV, radio and digital ads featuring voters who had voted for Trump in 2016 but were no longer supporting him.

The Georgia Senate runoffs earlier this year also showed how rural voters can deliver for the party. The county that had the highest percentage of returning voters, from November 2020 to the early-January runoff, was Randolph County — a small county in the Black Belt, where just under 90 percent of voters returned in the runoffs, according to an analysis from GPB.

Bobby Jenkins, the chair of the Randolph County Democratic Committee, chalked up his county’s high return rate to having the ability to hire paid canvassers to go door-to-door before the runoff, due to a rush of resources that flooded the state ahead of the runoffs. He added that visits from both Democratic candidates — now-Sens. Jon Ossoff and Raphael Warnock — to the county seat of Cuthbert helped energize voters.

“We’re accustomed to people overlooking the rural areas,” said Jenkins, who was elected mayor of Cuthbert on Tuesday. “But the rural population, that was key for Democrats. And it is going to be key, looking to the future. … We can’t just depend on the urban areas.”

Republicans, meanwhile, are very confident about their advantages among most rural voters. They point to Youngkin and other Republicans running up the score with those voters on Tuesday as part of their importance to winning statewide elections, let alone their dominance in rural congressional races. And they see further erosion for Democrats on the way.

“This is an area of [Virginia] that Democrats completely overlooked,” said Dee Duncan, the president of the Republican State Leadership Committee, also pointing to a recent special election flip of an Iowa state House seat last month. “If Democrats can’t keep the rural Democrat-held seats that they have, they’re in big trouble.”

Part of Democrats’ problems with rural voters boils down to a communication problem, politicians and strategists say, with voters unfamiliar with laws or proposals that the party shepherded through.

“This is a systemic failure of the Democratic Party, to systematically address the concerns of rural America and actually get out to rural America,” said former Sen. Heidi Heitkamp (D-N.D.), who founded the group One Country to urge Democrats to focus more on the rural electorate.

Cynthia Wallace, a former North Carolina congressional candidate who recently launched the New Rural Project to engage voters in a handful of counties along the state’s border with South Carolina, said that recent focus groups and interviews her organization conducted with Black, Latino and Lumbee — a Native American tribe in the state — voters was revealing.

Those interviews, launched earlier this year shortly after the first child tax credit checks were delivered, showed that those voters weren’t crediting Democrats for policy goals.

“They didn’t really feel impacted by it. But they also, most importantly, didn’t have any idea who actually passed that legislation,” Wallace said. “We’ve got to improve our communication, about what things are happening and how elections lead to different things happening that can improve your life or not improve your life.”

To be truly successful, the party needs to divorce organizing operations from just the campaign season, rural-focused Democrats say, and focus on year-round engagement that hires organizers from within the community.

“The best campaigns will probably start organizing around July, to be honest, for November,” said J.D. Scholten, a former Iowa congressional candidate who is now the executive director of the super PAC RuralVote.org.

But, before that, Scholten asked rhetorically, “What’s happening in the year and a half from the last election?”