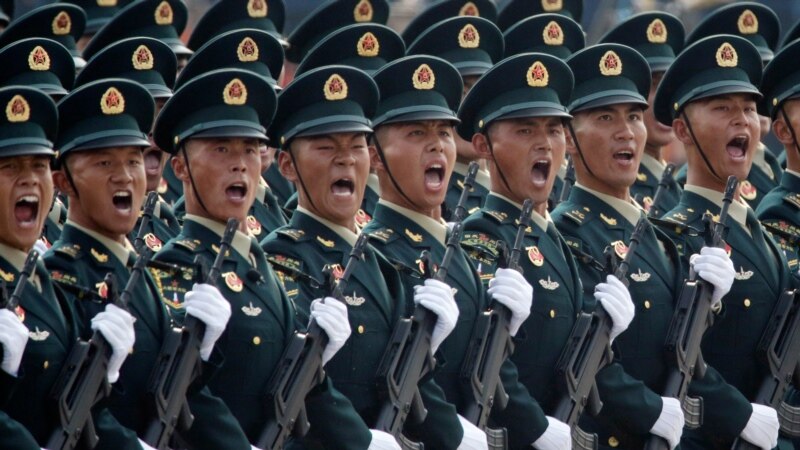 It is only a matter of time before China’s plan to replace the United States as the world’s preeminent military becomes reality, a top U.S. general warned, calling on the Washington and its allies to speed efforts to counter Beijing’s bid for dominance.

“The pace they’re moving and the trajectory that they’re on will surpass Russia and the United States if we don’t do something to change it,” he told the Defense Writers Group on Thursday, responding to a question from VOA.

“We have to do something,” he added.

The warning from Hyten, who is set to retire next month, comes a day after the top U.S. military officer publicly confirmed that China tested a hypersonic weapon system in July, sending a glider around the world at five times the speed of sound.

“I don’t know if it’s quite a Sputnik moment, but I think it’s very close to that,” Milley added, referring to Russia’s launch of the world’s first artificial satellite in the 1950s. The feat sparked the space race that dominated the next several decades.

But he did acknowledge that simply by conducting such a test, China was sending a message.

Hyten expressed confidence that for now, America’s own hypersonic program is more advanced, though he raised concerns that even that could be changing.

“Single digits versus hundreds is not a good place,” he said.

Hyten also repeated concerns he first voiced as commander of U.S. Strategic Command, that the U.S. capability to defend against hypersonic weapons, from China and Russia, needs work.

“The most important thing about defending yourself against hypersonics is not the weapon. It is not building your own hypersonics. It’s building a sensor that can see hypersonics,” he said. “Right now, we don’t have the sensors.”

Hyten said one way to boost visibility would be for the U.S. to work with allies to create an integrated network of ground-based and space-based systems to track the high-speed weapons.

But building such a capability will take time, and Hyten warned its development could get bogged down by the Pentagon’s growing bureaucracy, which he said continues to slow critical programs, despite recent efforts to boost efficiency.

Hyten said another way to counter hypersonic weapons would be to turn to lasers, which travel at the speed of light.

“We’ve finally reached the point in technology in lasers that it has reached the maturity that it can actually be lethal on incoming missile threats,” Hyten said. “We need to invest in that.”

Despite concerns about China’s rapidly progressing military prowess, Hyten said that for the moment, Russia remains the biggest existential threat to the U.S.

“Russia is still the most imminent threat, simply because they have 1,500 deployed nuclear weapons, plus or minus, and China’s got roughly 20% of that,” the general said in response to a question from VOA. “So, you have to worry about Russia in the near term.”

“They already have operational hypersonic capabilities with nuclear weapons on it,” Hyten said of Russia. “And they continue to experiment with hypersonics, but not nearly at the pace of China, not anywhere close to the pace of China.”