Life in the spotlight isn’t for everyone!

Just because an actor gets their big break, doesn’t mean it’s the right opportunity for them! After getting a taste of fame, some stars decide that life in the spotlight just isn’t right for them or that they’d be fulfilled doing something different. And much to the surprise of their fans, they end up taking a step back from Hollywood to take their career in a different direction.

From “Hannah Montana” star Morgan York to ’80s icon Rick Moranis, all of these actors decided to pursue something different. While some stars continued their acting careers on the side while trying out their new passions, others gave their new opportunities their full attention.

13 Actors Who Got Their Start As Professional Athletes

Morgan York was a child actress who landed a starring role in both “Cheaper By The Dozen” flicks and was cast opposite Miley Cyrus in “Hannah Montana.” But after the Disney Channel show wrapped, Morgan decided the entertainment industry wasn’t for her and pursued a career in literature. She now works at a publishing house and is working on getting her own books published.

“I started acting when I was 9, and from the beginning, my mom told me, ‘The second this becomes not fun or you want to stop, you can stop.’ I never expected it to be a lifetime thing. I even remember as a kid trying to imagine myself as an adult actor and just not seeing it…It wasn’t fun anymore. My passion for acting did not outweigh all the costs, like all the time you have to spend away from loved ones on sets and the constant scrutiny from people watching you,” Morgan said in a TikTok.

Jennifer Stone became known as Harper, the loveable and eccentric BFF on “Wizards of Waverly Place,” but she now dedicates most of her time to her job as an ER nurse. When the show wrapped, Jennifer headed off to college and after being diagnosed with Type 1 diabetes, she shifted her career goals to becoming a nurse. And on top of being a working medical professional, Jennifer is also still involved in acting.

“It still continues to blow my mind — all of the parallels that I have found and continue to learn about [between nursing and acting]…For so long, I’ve developed characters and just explored human nature and what makes people, people. I think it strengthens your sense of empathy and it strengthens your area of questioning of why people do what they do. It also leads me to an understanding that people are very much the same. Regardless of your background, circumstances, choices, we’re all very much the same — and acting gives you that gift.

In nursing, you come across so many different kinds of people that to be able to view people that way is such a gift,” Jennifer told Deadline. 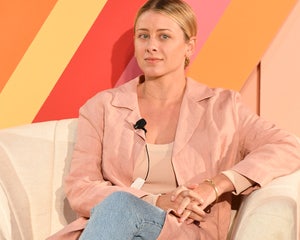 Erik Estrada rose to fame playing officer Francis Llewellyn “Ponch” Poncherello on “CHiPs” and then ended up becoming a police officer in real life! He had grown up wanting to join the force but decided to pursue acting instead. After “CHiPs” wrapped filming, Erik successfully continued his acting career, including a spot on “The Bold and the Beautiful,” but has taken breaks to serve as an officer on several occasions.

“I work in Virginia with the U.S. Federal Marshals. With the feds, I am part of the Internet Crimes Against Children TaskForce. We get on the Internet, and we go for those guys. The ‘I’m 13 years old’ guys. It’s the new crime wave. I’m also working for the charity Safe Surfing USA, which sends U.S. Marshals to schools to teach kids about Internet safety. Kids need to watch out for the predators and these people who want to steal their innocence,” Erik told Parade.

23 Famous Siblings Who Have Collaborated on Projects Together

Phoebe Cates was a star on the big screen in the ’80s, landing roles in hits like “Fast Times at Ridgemont High” and “Gremlins” but took a step back from Hollywood after marrying fellow actor Kevin Kline. The couple welcomed two children and Phoebe dedicated much of her time to raising them. She eventually opened her own boutique in New York City.

“Acting wasn’t really an option for me. I wasn’t driven to do it again. I knew I had a certain amount of hours in my day and it didn’t include going off on 15 hour shoots. The store thing was always on my mind and I love my neighborhood…but there was really no place to go buy some fabulous kickass pair of shoes last minute or a cool Japanese toy or a comic book,” Phoebe said on “The Big Idea.” 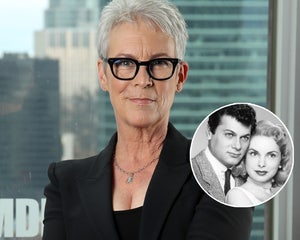 Most people will recognize Danny Lloyd as the little boy from “The Shining,” which happened to be his first role ever. After the film premiered, he only appeared in one other movie before deciding to go back to his normal life. Danny went on to become a biology professor at Elizabethtown Community and Technical College in Kentucky.

“‘The Shining’ was a good experience. I look back on it fondly…[Acting] was exciting. But as I got a little bit older, it got kind of boring. Then I had to tell my parents that I was ready to quit. Which they were fine with. They were never stage parents. They made sure I had a normal upbringing…When I decided to stop, I don’t regret that either. At the end of the day, it’s not a huge deal. Well, it is and it isn’t. I still have to grade the tests at school, get the kids to bed. All the regular stuff,” Danny told The Guardian.

If you grew up in the ’90s, you’ll probably recognize Josh Saviano from his role on “The Wonder Years.” Although he didn’t continue his career in Hollywood, aside from a few appearances on “Law & Order: SVU,” he did follow in his character Paul’s footsteps. On the series finale, it was revealed that Paul went on to attend Harvard to study law and in real life, Josh went on to become a lawyer as well. He also co-founded Spotlight Advisory Group, which helps creatives bring their artistic visions to life.

Peter Ostrum is easily recognizable as the star of the 1971 flick “Willy Wonka and the Chocolate Factory” but it turns out that it was his first and only role! After the film debuted, Peter went back to his normal life and eventually pursued a career as a veterinarian.

“There wasn’t any glitz and glamour on set. We were young teenagers and we were expected to work as young adults and be professional, so that meant showing up on time, knowing your lines and there wasn’t any messing about. I soon came to the realisation that acting was a lot of work…I was offered a three-picture deal with the studio, but I decided not to pursue acting. Looking back, my pay check was paltry, but it was during filming that I really became interested in medicine. So I bought my first horse with my earnings and that started my current career path as a vet.. I will always cherish my memories of making the movie, but I feel I won the golden ticket by becoming a vet,” Peter told Express UK.

Rick Moranis became known for iconic roles in the ’80s including “Ghostbusters,” “Honey, I Shrunk the Kids,” “Parenthood,” and “Little Shop of Horrors.” But after the passing of his wife, he decided he wanted to be more present for his children. From there, he dedicated his time to being a full-time dad, as well as a writer while selectively picking up voice work.

“I was working with really interesting people, wonderful people. I went from that to being at home with a couple of little kids, which is a very different lifestyle. But it was important to me. I have absolutely no regrets whatsoever. My life is wonderful,” he told THR.

“iCarly” fans will recognize Reed Alexander from his role as Nevel Papperman and while he’s set to appear on the upcoming revival, he’s dedicated the majority of his time to his career as a financial journalist. He earned a degree in journalism from New York University and upon graduation, moved to Hong Kong to be a reporter at CNN. He’s worked for Wall Street Journal, BBC and Dow Jones and is currently a Wall Street reporter for Business Insider.

“I knew when I was probably 15 that I wanted to become a journalist and that acting wasn’t something I was going to do forever. And I love the profession, don’t get me wrong. I’m very grateful for the opportunities that I had as an actor. But I also think that I just had different ambitions for what I wanted for my life. I’ve always loved news…I would say being on the Today Show and being around broadcast journalists was the catalyst that changed things for me because I was always around reporters. They were interviewing me about ‘iCarly’ and about my work, and at the same time I had great admiration for their jobs, and I thought they had the best job in the world,” he told The Post Athens.

Geoffrey Owens was a star of “The Cosby Show” so fans were surprised when he was spotted working at a Trader Joe’s. Unfortunately, many people shamed him for the job, which he later explained he had taken temporarily out of necessity. He noted that he had chosen to work at the grocery store because it allowed him the flexibility to still pursue acting. Thanks to the attention he gathered from the discovery, he actually gained a few acting gigs too!

“I was really devastated, but the period of devastation was so short. My wife and I started to read these responses from literally all over the world. Fortunately, the shame part didn’t last very long…I really want to thank everybody out there – family, friends, the Hollywood community and the general public – for the amazing support and positivity that they’ve shown for me. It’s quite astounding. It’s very encouraging,” Geoffrey said on “Good Morning America.”