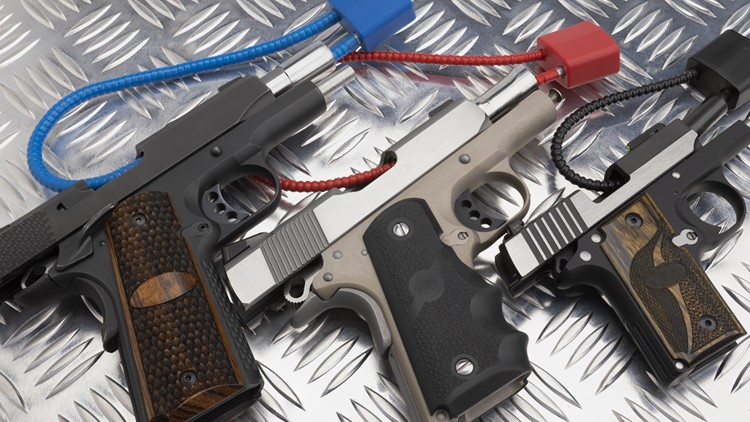 After 2 shootings in Aurora involving high school students, we heard from viewers who asked if parents should be held responsible if their child uses their gun.

Students and teachers get a week off following two shootings involving nine students.

The first shooting, one week ago, at Nome Park across from Aurora Central High School, injured six. On Friday, a shooting in the parking lot of Hinkley High School injured three teens.

Three 16-year-olds are in custody facing attempted murder charges for the Hinkley shooting.

Multiple Next with Kyle Clark viewers asked if parents could be held responsible for the actions of their kids. Put more simply, can parents be held criminally responsible if their child shoots someone?

In 2021, the Colorado state legislature passed two gun safety bills that were signed into law.

One of those bills requires a gun owner to report their gun lost or stolen if it goes missing. If they do not and that gun is later found, the owner could face a $25 fine. Do it twice and the fine could be up to $500.

The other bill requires the safe storage of firearms.

“If we can prevent one tragedy from happening, that’s the goal,” said State Rep. Monica Duran (D-Wheat Ridge). “It was also educating our public. Educating responsible gun ownership.”

Duran was the bill’s main sponsor. Since it took effect in July, no one has been charged with violating the safe storage of firearms state law.

Should a parent face consequences if their child shoots someone?

“If an incident like that happens, imagine the impact that it has on the family member as it is, right? Knowing that either your child or their friend or a neighbor’s child had gotten a hold of your gun,” said Duran. “I think for this particular bill, in safe gun storage, it was really about educating.”

Duran, a gun owner herself, said she uses trigger locks and a gun safe.

“I can immediately, with my thumbprint, have access to my firearm,” said Smith. “Devices like this, that are overlaying the technologies that we use on devices like our smartphones, is used to make sure that our firearm is accessible to me, but not to a small child or unauthorized person in my home.”

Smith supported the education campaign that came with safe gun storage, which did not come with penalties for the gun owner if the gun was used in a crime.

“One of the areas of concern that I have is when we start talking about safe storage is we can’t pretend that any statute is going to change the tens, if not hundreds of thousands, of stolen firearms that are already out there on the market that, not just youth, but criminals in general, can get a hold of, no matter what their age is,” said Smith. “The things that we don’t know, looking at the latest two tragedies in Aurora, are what are the sources for these firearms that were used.”

Aurora Police Chief Vanessa Wilson has not said where the weapons came from, but she has made multiple pleas for parents to check their kids phones, rooms and belongings.

Another bill that become law in 2021 was to create an Office of Gun Violence Prevention. The office does not yet have a director, but when it starts, its focus will be on education and public awareness of gun laws, collecting data about gun violence and providing grant money for gun violence intervention programs.

SUGGESTED VIDEOS: Full Episodes of Next with Kyle Clark