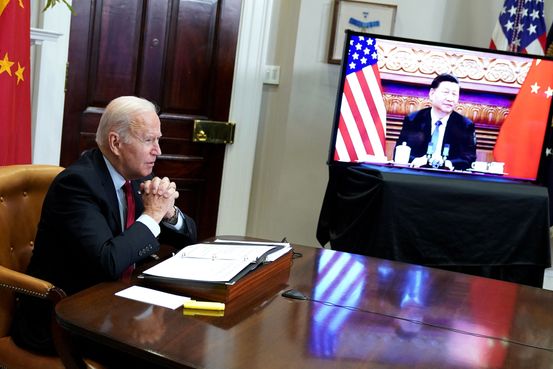 WASHINGTON—President Biden and Chinese President Xi Jinping used a virtual meeting Monday evening to cool tensions between the two powers as the leaders seek to manage issues they disagree on and identify ways to communicate to avert conflict.

During a meeting that lasted more than three hours, both sides sought to tamp down hostilities that have marked the relationship since Mr. Biden took office in January. The White House said the two discussed a range of topics including Afghanistan, North Korea and Iran, as well as human rights, climate change and concerns over Taiwan.